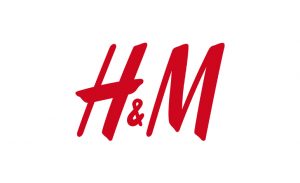 Wichita, brace yourself for the squeals.

Towne East Square management confirms that H&M will open at the mall later this year.

“It’s bringing a retailer that our community has been asking for for a long time,” says Mis Gaston, Towne East general manager.

She says the Swedish retailer sells “hip” clothing and accessories for men, women and children. The squeals likely will come from H&M’s biggest demographic, though, and that’s teenage girls.

In March, Have You Heard? first reported that H&M would open at the mall, though no one would confirm it at the time.

Later that month, city documents proved the store was in the works.

H&M is going to locate on the second floor of the mall just outside Dillard’s.

It will be in 23,000 square feet. That encompasses several former store spaces, starting with the previous Spencer’s space next to Dillard’s.

Spencer’s is now on the upper level by J.C. Penney.

H&M also is taking the one-time Frederick’s of Hollywood space and the space where Abercrombie & Fitch closed this spring.

The new store also will occupy the seating area that used to be next to Abercrombie. The store will open in the fourth quarter.

“This is just another step in the right direction to really solidify that we’re the shopping destination for the city,” Gaston says. “It’s just going to propel us into the next level of adding … retailers to the center.”

She says H&M is a big win for Wichita, too.

“We have shoppers here, and this is where retailers need to be.”