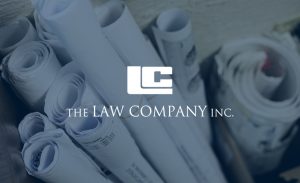 On November 23, 2016, Ed Law, loving husband, father, grand, great-grandfather and friend, slipped the surly bonds of earth, put out his hand and touched the face of God. Ed, was born in Ft. Worth, TX on August 19, 1924, to Allan and Josephine Parks Law. He graduated from Tyler High School in 1940 and that same year joined the Corps of Cadets at Texas A&M University. Like most of that famous Class of 44 he left with them in 42 to serve his country. Joining the Marines and getting his Wings of Gold at NAS Pensacola, he flew the iconic Corsair. After the war, Ed completed his education at the University of Texas earning a degree in Architectural Engineering and while there became a member of Sigma Nu. On active reserve, Marine Captain Law once again answered the call to serve his country in the Korean War, climbing this time into a jet rather than his trusty Corsair.

In 1959, Ed founded what would become the Law Company and Law Kingdon Architects and Engineers in Wichita, KS. The Law Company became one of the premiere designers and builders of regional malls across the country. His Marine experience as a pilot came in handy during those early years as he flew the company plane, only turning over the left seat as the planes got bigger and the flights got longer. Ed was a Life Director of the Association of General Contractors, President of the Wichita Jaycees, Kansas State Outstanding Jaycee, President of The Greater Downtown Wichita and chairman of the Wichita Sedgwick County Metropolitan Area Planning Commission. Ed sat on the boards of the Wichita Chamber of Commerce, United Fund, and Catholic Charities to name just a few. An avid golfer he was three time Wichita Country Club Champion, played in two British Amateur Championships and in 1980, had the honor of teeing off in the inaugural U.S. Senior Open at Winged Foot Golf Club. While playing a round of golf with Arnold Palmer, Arnie joked “If you could putt a lick, the world would have heard of you.” A member of many of golf associations Ed was proudest of being a founding member of The Society of Seniors. His final days of golf were played at Pensacola Country Club, saying he would only play on days that ended in “y.”