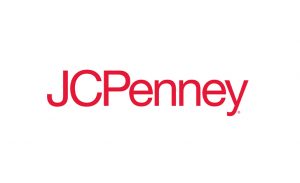 My first job in Rapid City, a very long time ago, was working in the camera department at the J.C. Penney store at the Rushmore Mall.
I hired on for the holiday season and was able to stay on afterwards. My supervisors were nice enough to juggle my weekly schedule around a couple of part-time jobs, one at a photo lab and later as a sports writer for the Journal.
The store has undergone a lot of changes since those days, probably none bigger than a year-long, ground-to-ceiling remodel project requiring the store to be moved entirely to the former Target space at the mall.
Now the completely new J.C. Penney reopens later this week in their original location anchoring the west end of the mall.
The temporary store closed at 6 p.m. Saturday and will reopen on Friday, March 11, at 9 a.m. at the new location.
According to a news release, the 101,000-square-foot store has a new floor plan with modern fixtures, energy-efficient lighting, new fitting rooms and restrooms.
A centerpiece of the store is a Sephora, 2,100-square-foot beauty store within the store, with a vast offering of makeup, skincare, fragrance and accessory products.
Penland said customers will no longer need to travel to Sioux Falls or Colorado to shop at Sephora, a French chain of cosmetic stores that has had a partnership with J.C. Penney since 2006.
“I’m looking forward to fantastic success with our partnership with Sephora,” Penland said.
Another change will see men’s, women’s and kids’ footwear located directly adjacent to their respective apparel departments.
A full-service hair and beauty salon, the Salon by InStyle, will reopen on March 8 in a standalone location next to the store’s mall entrance, Penland said.
Penland said the old store was completely gutted, even removing the floor and four feet of earth underneath.
“All that was left was the four walls and the ceiling,” Penland said.
During the excavation, workers unearthed a large boulder “about the size of a Volkswagen,” Penland said.
“I was kidding with the mall manager. I told him it looked like a dinosaur egg,” Penland said.
J.C. Penney has operated stores in South Dakota since 1916. The first Rapid City store in downtown opened in 1920 and relocated to the mall in 1978.