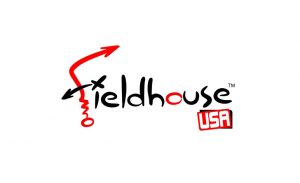 Two new businesses are coming to the Mid-America Center in Council Bluffs, giving an underused part of the city a $30 million makeover. Tuesday, the Iowa West Foundation announced a new sports complex and hotel are planned for the area around the Mid-America Center. Pending City Council approval, construction will begin next year on FieldhouseUSA and a Courtyard by Marriott hotel.

“You guys have built a beautiful Mid-America center and the convention center. And we want to help bring that thing back to life,” said Gary Oliver, CEO of FieldhouseUSA. FieldhouseUSA will be a nearly 100,000 square foot sports complex, with eight basketball courts and 12 volleyball courts.

They’ll host tournaments, but mostly focus on recreational sports. “It’s youth parents. Its youth coaches, and it’s recreational, is really what it is. Ninety percent of what we do is recreational,” Oliver said. Parents say Council Bluffs needs the court space. Lori Shields is a youth coach, and her two daughters play sports. “Finding practice space is sometimes very challenging. There’s a shortage of gyms, or maybe it’s not a shortage of gyms, but there’s a plethora of youth sports activities in our community,” she says Council Bluffs Mayor Matt Walsh says he knows Council Bluffs can be successful in the business of sports, and he hopes these new sports will bring success to the area. “We’ve been very successful in this market. This just adds another opportunity to hit some other sports that we haven’t hit,” Walsh said. The Council Bluffs City Council will have to approve a few aspects of the project, but Walsh says he expects that to happen within the next few months. Construction would start early next year, with the facility opening by the end of the year.