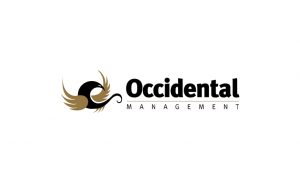 Union Station held a 100th birthday party Thursday afternoon and welcomed several new tenants to its revival.
City officials and developers kicked off the redevelopment of the city’s historic downtown train station, announcing the first salvo of tenants and pulling a train whistle to begin the project, with the Law Company as the general contractor. Spangenberg Phillips Tice is the architect.

“This is a watershed moment for the community to connect the dots downtown,” said developer Gary Oborny, who heads the ownership team at Occidental Management.

“We’ve connected some and we have some more dots to connect, but this connects Intrust Bank Arena and Old Town.”
The new tenants include:
• Regus, a designer of flexible workspaces
• Encompas, a commercial furniture dealer
• David Kemp State Farm Insurance
• Wells Fargo
• Mumbai Rail Indian Bistro

Two others have already been announced — Smoothie King and Scooter’s Coffee. Several are targeting spring 2015 for opening.

Oborny said his project is a big step forward “for the sustainability of downtown.

“The more residents we get downtown, the more we can connect with services,” he said. “People want to live, work and play downtown.”

“This will be an epicenter of activity,” said Jeff Fluhr, president of the Wichita Downtown Development Corp. “We’ve known that if it gets done, downtown is well on its way.”