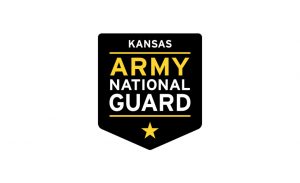 About $34 million in federal money has begun pouring into a site at the southeast corner of Interstate 135 and K-96, where initial work on the Heartland Preparedness Center is well under way.

The first structure to rise from the dirt is where Kansas Army National Guard personnel will train and work a year from now: the new Readiness Center that will replace  the deteriorated armory at 620 N. Edgemoor. The Readiness Center will have 118,516 square feet of enclosed space.

“Our focus currently is on getting the armory portion of the structure completed,” says Sharon Watson, public affairs director for the Kansas Adjutant General’s Department.

Staff at the Heartland Preparedness Center will include approximately 300 guard members from the 287th Sustainment Brigade, including 25 full-time guardsmen, Watson says. The rest will be traditional guardsmen who drill one weekend a month and two weeks a year.

“We are assessing force structure around the state to determine the feasibility of adding additional soldiers at this location,” she says.

The Readiness Center is the largest piece of the three-part Heartland Preparedness Center project, which will create a joint facility for military, public safety and emergency management use. The other parts include a field maintenance shop for the guard, east of the Readiness Center, and a joint Wichita-Sedgwick County law enforcement training center, which is a couple of years from construction and will be south of the Readiness Center. The total complex is 45 acres.
Placing guard and local public safety personnel on the same campus allows them to plan and train together, Watson says.

Designed to LEED Gold Straub Construction of Shawnee is the general contractor for the Readiness Center. The original $22.8 million construction contract has risen to just more than $23 million because of oil contamination and other issues with dirt at the site. Straub is doing the dirt work for the entire complex.

The maintenance shop’s construction, however, was awarded to The Law Co. Inc. of Wichita. It’s budgeted at $11.3 million.

HTK Architects of Topeka and Overland Park designed both projects, which should be done by May 2013. Both are designed to Leadership in Energy and Environmental Design gold standards.
Windows in the roof will allow ample natural light into the building. Sensors will increase or decrease artificial lighting depending on conditions.

The building will have classrooms, an assembly area, offices, a locker room, physical therapy space, a basketball court and arms vaults with 8-inch concrete walls.

An interesting aspect about the Readiness Center site: 140 interconnected wells 300 feet deep, each with 1-inch tubing in a closed-loop geothermal heating/cooling system designed to save energy costs.
City/county portion a few years off . The city/county portion of the project will replace the existing law enforcement training center at 37th Street North and Meridian, a site that is a former elementary school. Sheriff and police personnel have outgrown that location, says Bob Lamkey, public safety director for Sedgwick County.

The alternate 911 dispatch site also will move to the training center. That site can take over if the main emergency operations center at 714 N. Main, which houses 911 dispatch, were incapacitated, Lamkey says.

The city and county are splitting the cost of the $30 million training center, and planning and design work are scheduled to begin next year, with construction starting in 2014 and taking 18 months, Lamkey says.

Everything is subject to review and approval by governing bodies, he says.

“When that (entire) site is fully developed … it will be a significant improvement to the land use in that area, and I think it will be visually striking,” Lamkey says.