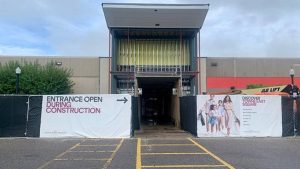 Several new stores are coming to Towne East Square, including a couple of especially popular retailers.

Several new stores are coming to Towne East Square, including a couple of especially popular retailers.

One of those stores is Vans, which sells shoes, apparel and accessories.

Courington said there are stores already at the mall that sell Vans products, but she’s “excited to have a flagship store in the market as well.”

It will open this fall on the upper level of the mall in what management refers to as center court.

Also this fall, the jewelry store Pandora will return to the mall. It previously was at Towne East with a franchise store. Courington said she’s happy the brand is returning, this time as a corporate store.

“It’s going to be a beautiful addition to the upper level right next to Von Maur.”

A couple of new stores will open yet this summer, including Daily Thread, which is all about affordable fashion and will be by Dillard’s on the lower level, and Pro Image, which sells apparel from professional sports teams and will open by the new Scheels on the upper level.

Scheels, a sporting goods store on steroids, will open in the middle of next year in the former Sears space. The 220,000-square-foot space will have a restaurant, a saltwater aquarium, sports simulators and a wildlife mountain with numerous taxidermy mounts. 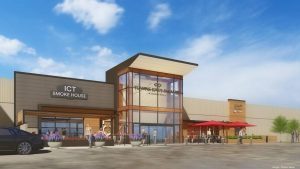 Another new restaurant is opening at the mall this fall as well. Panda Boba, a boba tea shop, will be on the lower level at the food court. The only other Panda Boba currently is on the West Coast, but the owner is moving to Wichita. Look for more information on the business closer to its opening.

Next spring, another new store will open in a yet-to-be-announced location within the mall. Earthbound Trading Co. will sell apparel and what it calls dorm decor.

The new businesses are coming amid a multimillion-dollar renovation at the almost half-century old Towne East that includes remodeled entrances, updated landscaping and new carpet.

“We expect most things to be completed this calendar year with just a few items carrying over into next year,” she said. “On the heels of our renovation, we’re really excited to continue to add variety to the retail market here in Wichita.”

The Wichita Eagle
By Carrie Rengers