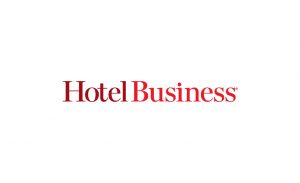 NATIONAL REPORT – The ground may be cold, but that hasn’t stopped hoteliers from putting shovels in the dirt. Here’s a look at a few recent groundbreakings:

The planned two-building, four-story, 153-room hybrid hotel and apartment concept has a projected opening date of November 2018. Law Company of Wichita, KS, is serving as general contractor and Woolpert of Dallas is serving as architect and civil engineer.

Three additional WaterWalk locations are under construction and seven construction starts are planned for the next eight months. The next two locations to open will be San Antonio, TX, in March 2018 and Las Colinas, TX, in May 2018.

Upon completion, WaterWalk Richardson guests will experience amenities not yet seen before at previous WaterWalk locations with the planned introduction of WaterWalk Prototype 4.0. New amenities will include an outdoor swimming pool with a lounge area, along with an expansive outdoor green space. WaterWalk Richardson will also be the first WaterWalk location to have balconies. The lobby’s open concept will invite guests and residents to linger and connect with one another at the coffee bar or over a televised sporting event on the 70-in. flat-screen television in the media room.