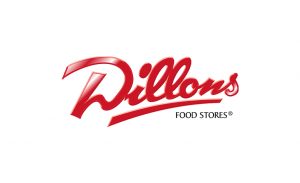 A southeast Wichita Dillons is slated for a major renovation.

The store at 5500 E. Harry will be outfitted with the company’s latest decor package, similar to the look of the Dillons Marketplace stores, says Dillons spokesperson Sheila Lowrie.

“It’s an opportunity for us to brighten and refresh,” she says of the renovation.

The Law Co. Inc. is the general contractor for the project. A building permit valued at $2 million has been pulled for the work. Dillons isn’t offering cost specifics, however. The store will remain open during construction, with some of the work taking place outside of store hours.

This is part of a multi-million-dollar plan Dillons has for improving its stores. Already several other Wichita area stores have been updated. Law has been the general contractor for many of those renovations.

At the East Harry store, new lighting and high efficiency food cases will be installed. The concrete floor will be refurbished, and parking lot improvements will be made.

Lowrie says organic foods will be intermixed with conventional grocery items as opposed to being kept in a separate section.

It’s an approach Hutchinson-based Dillions is increasingly incorporating at its stores. “We know it’s important for customers to compare labels,” Lowrie says.

The project is expected to be completed at the end of the summer.

The East Harry site is one of the newest Dillons stores, opening in December 2010