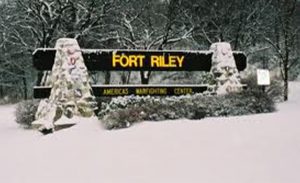 The Law Co., based in Wichita, has been awarded a $20.1 million contract from the Army Corps of Engineers to build an unmanned aerial vehicle maintenance hangar for Gray Eagle drones at Fort Riley.

The contract includes a 40,000-square-foot hangar with administrative offices, two smaller buildings, parking, access aprons, a holding apron and taxiways, according to the Law Co. and the Department of Defense.

“We’re extremely excited,” Law Co. president Dennis Kerschen said of the contract. “It was great news. It’s a really nice project for us. It’s something that will set the table for us moving forward in 2014.”

The project will be staffed with current employees and subcontractors, Kerschen said.

The Law Co., which employs more than 50, has done a number of other projects at Fort Riley over the years, Kerschen said.