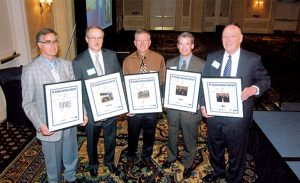 Towne East Square will soon be undergoing a $8 million dollar renovation to give the facility a more upscale look.

Towne East Square will soon be undergoing a $8 million dollar renovation to give the facility a more upscale look.

Plans for the project were announced at the mall Thursday morning. Construction is expected to begin soon and could be completed early next year.

The renovation project includes a number of amenities throughout the site, including new tile on the lower level, carpeted flooring upstairs, enhanced interior lighting, “soft” seating areas, a children’s area and new escalators. Plans also call for exterior upgrades to the mall’s entrances, which will feature a natural stone decor, landscaping and signage.

Wichita’s Law Co. is the contractor and Law/Kingdon Architecture designed the project. Both companies have been involved with various mall projects and renovations since it opened in 1975.
“We are especially thrilled that this project is being done by Wichita companies,” says Patti McDonough, Town East manager.

Most of the work, she says, will be done at night, which will allow the mall to remain open during the renovations. The mall, a member of the Simon Property Group Inc., was renovated in 1988 and updated again in 2001.

In conjunction with the facility upgrades, two new retailers have planned summer openings. Coach is slated to open in late June and Forever 21 could open by the end of the summer.

Towne East, which sits near Kellogg and Rock Road, features a number of specialty retailers, restaurants and is anchored by Dillard’s, Sears, JC Penney and Von Maur.